When you buy through links on our site, we may earn an affiliate commission. Learn more

Everyone wants to be warm, even during outdoor events. While you can’t control the weather, you can control what you decide to bring with you, and one of those objects should be a portable propane heater. When going camping, working on a construction site, or just having a wild party, the Mr. Heater MH60QFAV 60,000 BTU Portable Propane Forced Air Heater is a great propane camping heater because it covers a massive area, relies on forced air, and supplies hours upon hours of heat.

The Mr. Heater MH60QFAV has product dimensions of 16 x 8.8 x 13.5 in. and weighs around 13 lbs., making it portable although slightly heavier than many other models. While running, this heater produces 60,000 BTU and is capable of covering an area of 1,500 sq. ft., making it a great choice for large outdoor areas such as construction sites, farms, and outdoor parties or patios.

This heater relies upon propane and forced air. It requires a 20 lb. propane tank to function and produces around 14 hours of heat and energy when running on a full tank. There is a high temperature limit switch and users can adjust the overall temperature of the device to prevent uncomfortable overheating and other issues common with portable propane models.

Unlike some other models, the Mr. Heater MH60QFAV needs to be plugged in to function, so it doesn’t just run on propane. QBT technology ensures this model is quieter than comparable devices of the same size, so you don’t have to worry about damaging your eardrums while trying to stay warm.

Propane is a portable fuel source that can typically be found in tanks and canisters. It is created as a byproduct to natural gas harvesting and is turned from a gas to a liquid for easy transportation and use. Propane has long been popular as an alternative fuel source because it is cheap to produce and therefore affordable for the general population.

Propane heaters use a scientific process to turn the liquefied propane into a gas, which is then lit to produce flames or energy that manifests as heat. The heat created by this process is then transferred either to objects near the heater or the air directly. Propane is clean burning, so it doesn’t produce any unpleasant smoke. It should still be used outside though because the gas should not be inhaled and is quite flammable.

Because the Mr. Heater MH60QFAV is a forced air model, this means the propane is used to heat air that is then blasted around an area. The forced air system can cover massive areas and produce intense amounts of heat, but is also slightly inefficient and will require a significant amount of propane. However, forced air heaters are quite cheap and simple to use in the long run, making them a great option for someone who doesn’t want a complex device.

● Efficient – This forced air heater can produce heat for 14 hours, making it excellent for long events
● Quiet – Unlike other large forced air heater, this model produces little noise and can actually be considered quiet for this type of heater
● Forced Air – Because this model blows hot air around, it can cover a massive area of 1,500 sq. ft.
● Clean Burning – Propane doesn’t produce smoke, which is bad to inhale
● Durable – Made entirely of steel for the main body so it doesn’t bend or break while in use
● Adjustable – There are multiple settings to avoid overheating

● Forced Air – Depending on where this heater is used, the low setting does not push heat very far, with some reviewers discovering the air only traveled 20 ft.

Humans have spent millennia trying to figure out how to achieve the perfect environmental temperature, and outdoor propane heaters are a step in the right direction. When you have a massive area you want to heat and don’t want to skimp on propane or power, then the Mr. Heater MH60QFAV is for you. Not only is this heater affordable, but it also covers a huge area and has a couple of different settings. 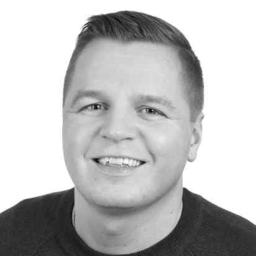 Charles Jasper is the owner and main author of Home Climate Center. He has a degree in Engineering and 20 years experience on working on HVAC systems. He has a passion for everything related to home improvement and loves to travel. When he is not working, you might find Jasper working on projects around the house or organizing a camping trip.

How to Reduce Heating Costs for your Home

What is EER & SEER Rating? 5 Things You Need to Know About EER